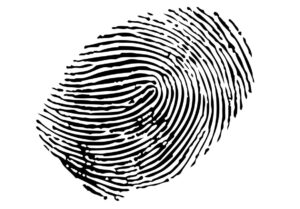 Vote fraud? Fake ballots? Loose bags and boxes of 100,000+ ballots delivered in the wee hours at the back door? Really? What’s going on?

There’s a way to put all this speculation to rest for both sides of the dispute.

Paper holds fingerprints quite well for long periods of time. Every genuine ballot marked by a real live voter will have his/her fingerprints on the ballot. That set of prints will be unique to that ballot — no other ballot will have that set. We don’t need to track the prints back to any particular person by name — we just need to know they are unique to that ballot. 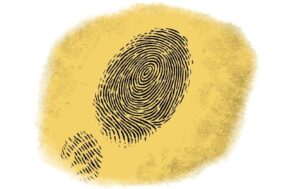 Any ballot without at least one unique print set is likely fraudulent and should be set aside. And when 100,000+ ballots in a row, all from one delivered batch, are lacking in unique fingerprint sets, it’s case closed — the whole damned batch is fake!

Sworn testimonies via affidavit (hear Rudy Giuliani below in “Revealed: Sworn Evidence”) affirm that 100,000+ ballots were delivered in boxes and bags at the back doors of ballot-counting locations in Pennsylvania and Michigan in the wee hours of Nov 4. According to the testimony, these ballots were then rush-processed and counted in the dead of night without legally required supervision safeguards.

Are those ballots genuine or forgeries? If fingerprint tests of randomly sampled ballots from these batches show no unique fingerprint sets, the tallies from the entire batch are almost surely fraudulent. Those tallies must immediately be backed out of the reported totals, and the ballots must be set aside for more tests.

No certification of results should occur before this potential mass fraud is examined. And those ballots must be held securely as potential evidence of what may be the greatest political crime in history. 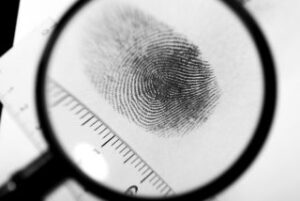 Of course there will be other print sets on those ballots from those who have handled them. But those prints will appear on many ballots, not just one.

And of course some of the print sets may be from the fraudsters themselves who forged the ballots. Catching and prosecuting them is important but secondary (at the moment) to spotting the vote fraud. Smart forgers, knowing their prints will soon be discovered, should retain a lawyer and come forward and avoid the harshest of penalties by turning state’s evidence.

So how about it, DOJ? Bill Barr? FBI? Isn’t this your job? Are you out there? Are you even paying attention? 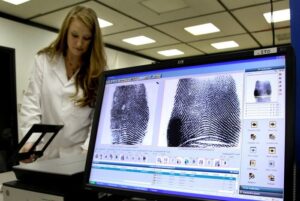 If we can no longer trust the FBI, or “director” Chris Wray stonewalls once again, other certified fingerprint examiners and labs can do the tests as well. But time is short, and the tests must begin immediately.

Democrats: Do you really want to govern under a cloud of fraud and be obstructed by Republicans caterwauling about a stolen election for 4 years?

Republicans: Do you want to stop theorizing and whining, and instead prove whether or not those hundreds of thousands of ballots are fakes and forgeries?

Media: Do you want to stop covering for your preferred political party and instead lead a call for a proper investigation? Wouldn’t this be a good time to turn back to traditional standards of investigative journalism?

As Americans, we should all demand first-rate scientific sampling and forensic examination of those questionable ballot batches named in the affidavits!

We the People deserve to hear what is found no matter whom it embarrasses or exposes.

We the People can never expect a perfect election, but we can certainly demand a fair and honest one!

3 replies on “Vote Fraud? Fake Ballots? Fingerprints to the Rescue!”

This is great evidence. IF the legal authorities do not act to address this obvious fraudulent behavior then it would seem like they are complicit. Please continue your good work.
Kind regards
Les from New zealand. The world are watching and waiting for justice.

I always thought that the form of elections held recently in the Middle East (do you remember the photograph of smiling people all holding up their fingers to show the ink?) was a great idea. If you want to vote twice you’re going to lose a finger.