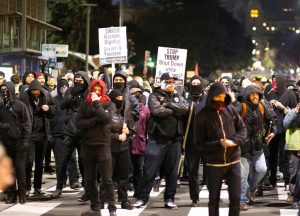 It’s time for some Affirmative Action on our college campuses — not for racial, ethnic, gender, or class diversity but for political diversity.

On most college campuses, Leftist instructors now outnumber conservatives by more than 12 to 1. (At liberal Weslyan, it’s 28-to-1). And on some campuses one cannot find a single conservative professor in the history, political science, sociology, or English departments.

For decades, Leftist deans and administrators at our universities have cultivated racial, ethnic, gender, and class diversity on their campuses. That’s mostly a good thing. But at the same time, they have systematically discriminated against Conservative perspectives and viewpoints in their hiring and instruction. Their schools have gradually become places where everyone looks different but thinks the same. University leaders proudly celebrate their diversity in everything except political philosophy. 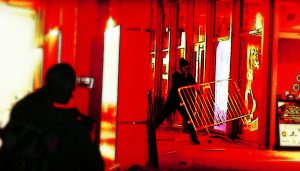 Now, Left-wing fascistic mobs in masks and ninja outfits threaten violence against anyone the Left chooses to target. And university deans and department heads are going along with it in the name of “safety” and “free speech.” Even many Democrats and a few Leftist politicians like Bernie Sanders and Elizabeth Warren have been appalled by the violence and censorship of political speech on American campuses.

Since roughly half of all Americans still hold to many bedrock conservative principles, how is it that these universities are granted taxpayer dollars for such blatantly discriminatory behavior?

In particular, who represents the taxpayers who are forced to fund this discrimination? Who represents their children and grandchildren who are being sold into virtual debt bondage in order to attend and fund these de facto Left-wing indoctrination centers?

Thereafter, federal funding for a university should come with an obligation to hire and teach to support a political-diversity-of-thought that is reflective of America’s general population — not just that of tenured university faculty-lounge elites. And it comes with an obligation to report annually on status and progress toward achieving that diversity. I know of no such obligation today. None at all. Anywhere. That should change.

We the People, of all political stripes, should call on Congress to pass legislation requiring all colleges and universities that receive federal funding to: 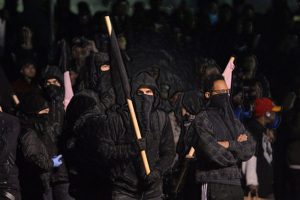 Those schools that fail to provide this information or fail to make progress toward addressing their imbalance will be subject to withdrawal of all or part of their federal funding. And alumni and donors (including corporate donors) who believe in political diversity can use the information to guide their yearly contributions or those in their personal estate-planning documents.

Universities, public or private, that accept no federal funding would be exempt from this program and its requirements. But the rest — and that’s virtually all of them — must comply — or lose that funding.

Leftism has steadily invaded and infested our universities over the past century, slowly at first, but in a crescendo that is peaking with the incidents we have witnessed on the news. Withdrawing money, in the form of government funding and private contributions, is the single most effective countermeasure that We the People can use to drain the Leftist swamps at our universities.

If  you like this concept, consider forwarding this article to your US Representative and Senators as well as your state representatives. State funding of universities should carry the same political-diversity obligations as does federal funding. We the People, through our representatives, have every right (and obligation) to demand this sort of accountability for how our tax dollars are being spent on higher education.

For more on the lack of diversity at American universities, watch the excellent Prager University video below —

[This article is based on one by the same author, published in WesternFreePress.com, April 2017]