This is an open letter to America from Robbie of Arizona, a naturalized American citizen whom I am honored to call a friend. It is the third in a series of testimonies and warnings for Americans to consider as they cast their votes in the November, 2020, elections. (David Leeper, August, 2020)

The current dismal state of our nation and the political and social mess we are now in compels me to write this letter to my fellow Americans.

I am an American by CHOICE, not by accident of birth. I was born and raised in South Africa and served eleven and a half years in the South African army. I took my (South African) citizenship very seriously due in part to the insidious, ongoing, subtle brainwashing literally from childhood on. To question or disagree with an edict put out by the government never crossed our minds! This is the moral price one unconsciously pays for being born into any autocratic system of government.

In 1977 I was invited to teach at a world famous school in Arizona, a great honor and, for a young man, a great adventure. Little did I know at that time it would change my life forever.

The owner of the school was a former lieutenant colonel in the Marine Corps (Corpse? Re Obama) and a retired political science professor. He was hard-core dyed-in-the-wool believer in Freedom and the Constitution. I ate most of my meals with him and his wife, beginning my education and in short order my conversion into a FREEDOM loving AMERICAN.

Two years after my arrival in America I returned to South Africa to visit my parents. My mother was driving us to the family home in Johannesburg and I turned to her as we left the airport and said “ You know Mom, I can never come back to live in this country.” It was a pivotal moment, a metamorphosis that literally came in a flash. All the input from years of indoctrination and then a short two year tango with Freedom synthesized into a new American. Me!

I love America and the principle for which it stands.

My proudest day came when I was sworn in as an American CITIZEN. I was no longer an insignificant two-bit SUBJECT. 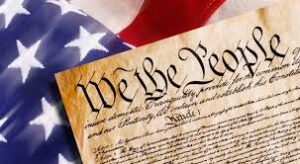 I am in total awe of the founders and their wisdom in propagating what I consider the greatest document about the balance of freedom and government ever written: The Constitution.

I read it, I study it, and I now understand WHY the Articles and Amendments exist. IT is close to perfect. WE, The People on the other hand are not.

That our past is checkered with wrongs and inequities isn’t open to debate. But, with time we have identified and made a concerted effort to correct these wrongs. However in today’s politically charged climate nothing we’ve done is good enough. I believe this is about the politically inspired manipulation by the brainwashed Left and its supporters both foreign and domestic looking to destroy America.

To understand the basis of my concerns we need a quick history lesson. Remember, those who don’t learn from history….

America was from 1787 with the adoption of the Constitution arguably the freest, fastest growing and most prosperous nation in the world. The rot began with our Congress in 1913. (Pretty much as it is today.) That was a very bad year for freedom, here’s why. 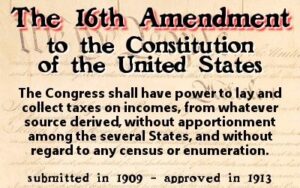 That same congress passed the 17th Amendment. Once again the checks and balances on government were castrated. Instead of the House being elected by The People and the Senate from the State house, the 17th Amendment changed the election of Senators also to the People. So in reality what’s the difference? Two years to the House and Six years to the Senate. Gone was the Founders ideal of BALANCE. Add another major travesty that year thrust upon We the People; the establishment of the Federal Reserve. You need to research exactly who the Fed is and who controls it. America The Free is an illusion, as you’ll see. You will be outraged! 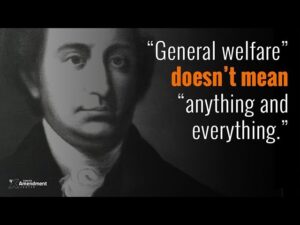 One more bayonet thrust into the gut of We The People was the 1935 Butler vs. The United States case in which our Supreme Court in its infinite wisdom decided the Founders idea of the General Welfare Clause was interpreted and applied incorrectly. Seriously! And thus was born the ever expanding Welfare state spurred on by the likes of Woodrow Wilson, Franklin Roosevelt and others of the Progressive ilk.

Today we are in a similar position, betrayal by elected politicians who swore an oath of allegiance to uphold and defend the Constitution. Might as well add the Supreme Court to the list of miscreants, apparently putting politics over the law. But I digress. 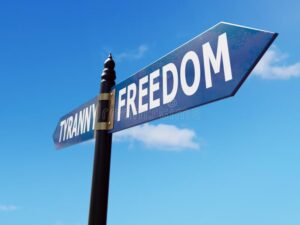 This IS about FREEDOM verses TYRANNY.

This IS about CHAOS verses RULE OF LAW.

This IS about SELF DETERMINATION verses SUBJUGATION.

Being American is about Freedom.  Real Americans are free in their heart, their soul and spirit. Freedom is what has made ours the most powerful nation in the history of the world. WE THE PEOPLE have made this happen in spite of government and its continuous goose-stepping attempts to trample our rights in the name of power.

The congress of 1913 I absolutely believe betrayed us and I believe the Left leaning contingent of Congress in 2020 is in lockstep to once again attempt wrestling power from We The People.

I have lived in a country that switched systems and can tell you there is no going back. If the Socialists (that’s being gracious) win this next election, we, as the Beacon of Freedom for so many in this world, will be extinguished and the rest of the few remaining freedom loving counties will fall too.

You have a choice to make.

The time has come to stop looking at personalities but rather examine the substance of what these people represent. It’s really that simple. Time to use your brain and reason to override the out of control emotional hurricane of anger and hate engulfing so many. Like a hurricane it is totally destructive and short sighted.

One last thought. To you reading this who have children and grand children. If you chose Socialism how are you going to look them in the eye when they ask, “how was it to be free Grand-whatevergender?” 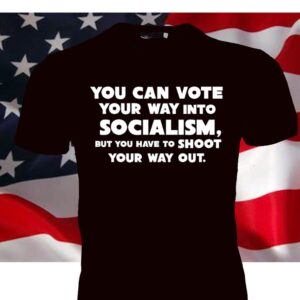 It’s a simple and very clear choice once you look at the reality of what’s facing us. Vote one way will lead us, your children and future generations into financial enslavement, government dependence and Socialism. The option is a vote for Freedom for future generations to enjoy what we have enjoyed in this, the greatest freest nation in history.