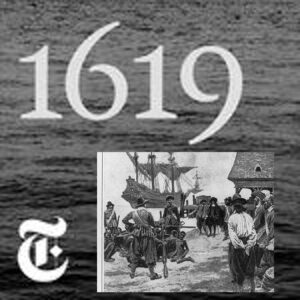 In August, 2019, the New York Times began driving an ill-conceived propaganda campaign called Project 1619, named for the year that slavery first came to America in the Jamestown, Virginia colony.

It is that year, argued the Times, that defines our national character to this day — not the iconic 1776.

Despite scholarly debunking and some furtive back-pedaling, the Times still holds their 2020 Pulitzer prize for 1619, so it joins the Times’ infamous Ukraine-Famine-denial reporting which also won a Pulitzer. Those two mistakenly awarded prizes have never been recalled or returned.

With their latest propaganda-Pulitzer as a stamp of credibility, the Times and its willing dupes have been ramming this America-hating 1619 propaganda into K-12 and college curricula. But this time the Leftists are getting some real pushback.

Kudos to parents who are speaking up at K-12 school board meetings against the one-sided Project 1619 and the odious Critical Race Theory in their children’s curricula. And kudos especially to Christopher Rufo, who has led a principled, eloquent resistance to the Left’s racialized Marxist indoctrination initiatives.

Another way to fight back against the Left’s propaganda is with an accurate counter-narrative about the Pilgrims’ experience in Massachusetts.  The remainder of this article sketches such a counter-narrative. 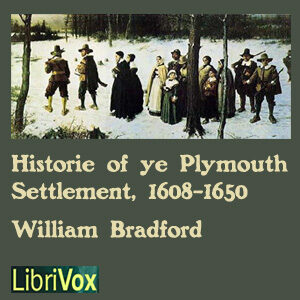 If educators want to go back four centuries in search of our “national character,” it is the Year 1623 that they should be featuring. It was in that year that the Pilgrims, starving and dying under socialism, abruptly switched to private property and free markets. In short order, the Pilgrims moved from starvation to prosperity, paid off their debts to their English sponsors, and actually did establish a national character that survives to this day.

It is that new national character based on private property, free markets, and personal responsibility that drew a massive migration to America — not the sad introduction of the fusty 10,000-year-old institution of slavery in 1619.

It is with this thought that I write this article with hope.

I hope our American educators and media will develop an explicit, deliberate, and positive Project 1623 counter-narrative to the one that the Times has been ramming into our media, schools, and our children’s minds.

If Leftist school boards manage to preserve their beloved Project 1619 narrative, then at a minimum, both narratives should be taught with equal vigor, side-by-side, in our schools. Spirited debates by the students, comparing the two narratives would be a positive step.

Prediction: In the near term, as the Democrat Party slides ever-more-leftward toward desultory socialism, racialized Marxism, and communism, the 1623 narrative will emerge as the more positive and relevant today for We the People.

Brief Summary of The Project 1623 Narrative:

In November, 1620, the Pilgrims landed at Plymouth Rock. They promptly lost half their population to starvation, sickness, and exposure that first winter, and they fared little better the second winter. We were all taught that a Native American named Squanto taught the survivors to fish, plant corn, use fertilizer, and hunt deer. While mostly true, it is surely the lesser half of the story.

What most of us never learned (or glossed over) was that the original contract the Pilgrims brokered with their London sponsors required that everything the Pilgrims produced was to go into a common store, and every member was to be allotted one equal share. Further, all the land they cleared, and all the buildings they constructed, were to belong to the whole community rather than to any individual.

To those with visions of Utopia, this must have sounded like the ideal society. Free of outside evil influences from old England and Europe, private property and greed were to be banished. Everyone was to work hard for the common good. Each was to contribute all that one could and take out only what one needed. In modern terms, it was to be a kind of Bernie Sanders neo-Marxist equity-for-all paradise.

So how did it all work out for the Pilgrims?

In the two winters beginning in 1621 & 1622, a great many died from starvation, pneumonia, or both. Here are excerpts from Governor William Bradford’s own retrospective summary of the community’s experience with what we now variously call collectivism, socialism, or communism:

This community (so far as it was) was found to breed much confusion and discontent and retard much employment that would have been to their benefit and comfort.

For the young men, that were most able and fit for labour and service, did repine that they should spend their time and strength to work for other men’s wives and children without any recompense.

And for men’s wives to be commanded to do service for other men, as dressing their meat, washing their clothes, etc., they deemed it a kind of slavery, neither could many husbands well brook it.
…
Let none object this is men’s corruption, and nothing to the course itself. I answer, seeing all men have this corruption in them, God in His wisdom saw another course fitter for them.

In other words, said the Governor, it simply didn’t work, even when their very survival depended on it. Mankind’s inherent nature simply wouldn’t accommodate it, no matter how “ideal” it may have seemed to its proponents.

Simply put, Bradford had discovered that even the most idealistic of peoples have no reason to put in any extra effort without the motivation of personal incentives to do so.

Wisely, in April, 1623, Bradford abruptly abandoned socialism. Instead, he assigned a plot of land to each family, permitting them to keep everything they produced and to market anything they didn’t consume themselves. He actually harnessed all that supposed human ”greed” and put it to work in a free-market system of the type Milton Friedman was to espouse so eloquently in the 20th-century Free to Choose series of books and videos.

So … for the Pilgrims, how did free markets and private property work out for the same people in the same place under the same circumstances?

The Pilgrims soon had more food than they could eat or trade among themselves. They set up trading posts and exchanged goods with the Native Americans. They paid off their debts to their London sponsors and soon attracted a great European migration. Their new society still had its problems, but hunger was never again one of them.

As Bradford summarized the new approach:

The women now went willing into the field, and took their little ones with them to plant corn, while before they would allege weakness and inability, and to have compelled them would have been thought great tyranny and oppression.
…
This [new approach] had very good success, for it made all hands very industrious, so as much more corn was planted than otherwise would have been by any means the Governor or any other could use, and saved him a great deal of trouble, and gave far better content.

Most importantly for us today, Bradford wrote about the bitter lessons learned from the failure of original socialistic plan:

Note even circa 1630, when he began writing his notes, Bradford used the term “communistic.”

The Pilgrim experience of 1623 stands as the most authentic-ever, real-life, before-and-after comparison of socialism versus private property and free markets.

In modern times, when confronted with the undeniable historical record of socialism’s many failures, the Left usually argues that the “right people” weren’t in charge, and if only they had been, their utopian socialist vision would have succeeded. If Bradford could speak today, he would surely disagree based on the Pilgrims’ real-life experience. It wasn’t human failings that were the problem — the fault was in the communistic plan itself.

Why isn’t this 1623 lesson featured up front, in neon lights, in American history classes? Why isn’t it the lead story of the Pilgrim experience? Why has the history even been falsified and its most important lesson ignored? Why has the New York Times overlooked it and focused on the 1619 introduction of slavery instead?

Perhaps it’s because the people who write our history textbooks still don’t want to believe it. Perhaps those authors still cling to the hope that some form of their beloved faculty-lounge utopian socialism, collectivism, Marxism, communism, progressivism, or whatever-ism will one day triumph over private property and free markets.

Unfortunately for all those stubborn Leftists, the historical record couldn’t be clearer. Milton Friedman famously made this point simply and poignantly in the 2-minute viral video at this link.

See also this link , which provides an explicit record of three major countries that tried socialism with good intent and suffered horribly for it.

It is now 400 years since the landing at Plymouth Rock. As we cast our votes in 2022 and 2024, all Americans will do well to remember the hard-earned lessons learned by the Pilgrims about socialism versus free markets.

As it has always been…free markets work while communism creates the slavery under government that debilitates people. Bravo to 1623!
Thank You Mr. Leeper.