Among Leftists who believe in wealth redistribution through taxation, a favorite emotional weapon is guilt.  Relying subtly on the old myth that “Money is the Root of All Evil,” they hope to shame and intimidate hard-working, charitable, and religious people who have obtained their wealth honestly. 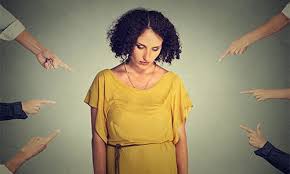 In her classic 1957 novel Atlas Shrugged, Ayn Rand delivers a stinging rebuke to this enduring myth about money and evil.  In a lengthy Shakespearean soliloquy, her character Francisco d’Anconia tells us (a) why money is actually at the root of all that is good in human interactions and (b) what happens to societies when people succumb to intimidation and shame about honestly obtained wealth.

Excerpts from the d’Anconia speech appear below, with my emphases added.  Where Rand uses the 1950’s term “industrialist”, you may assume that today she would instead use “entrepreneur” or “capitalist”.  See if you can spot the themes most relevant to today’s struggle between Conservatives and the Left’s “Democratic Socialists”.

“So you think that money is the root of all evil?” said Francisco d’Anconia. “Have you ever asked what is the root of money? Money is a tool of exchange, which can’t exist unless there are goods produced and men able to produce them. Money is the material shape of the principle that men who wish to deal with one another must deal by trade and give value for value. Money is not the tool of the moochers, who claim your product by tears, or of the looters, who take it from you by force. Money is made possible only by the men who produce. Is this what you consider evil?

“Run for your life from any man who tells you that money is evil.  That sentence is the leper’s bell of an approaching looter. So long as men live together on earth and need means to deal with one another — their only substitute, if they abandon money, is the muzzle of a gun. 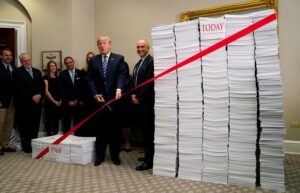 “Do you wish to know [when disaster] is coming?  Watch money.  Money is the barometer of a society’s virtue. When you see that trading is done, not by consent, but by compulsion — when you see that in order to produce, you need to obtain permission from men who produce nothing — [when you see that] your laws don’t protect you against them, but protect them against you … you may know that your society is doomed.

“Whenever destroyers appear among men, they start by destroying money, for money is men’s protection and the base of a moral existence. Destroyers seize gold and leave to its owners a counterfeit pile of paper.  … Paper [money] is a check drawn by legal looters upon an account which is not theirs: upon the virtue of the victims. Watch for the day when it bounces, marked, ‘Account overdrawn.’ 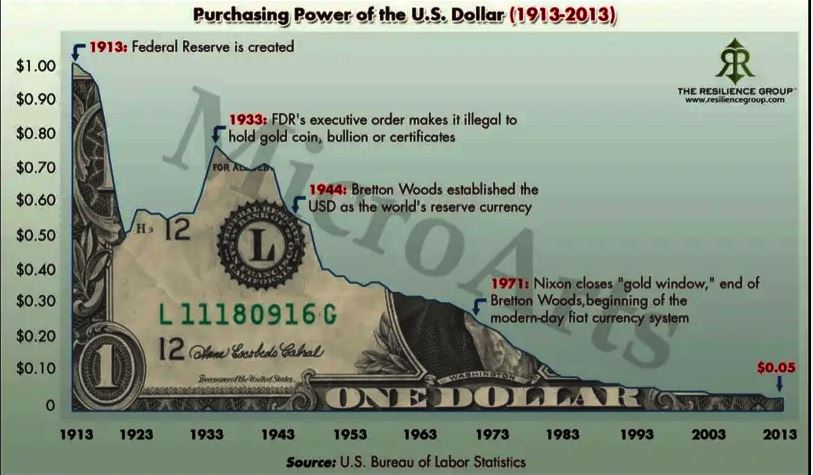 “When you have made evil the means of survival, do not expect men to remain good. … Do not expect them to produce when production is punished and looting rewarded.

“To the glory of mankind, there was, for the first and only time in history, a country of money — and I have no higher, more reverent tribute to pay to America, for this means: a country of reason, justice, freedom, production, achievement. For the first time, man’s mind and money were set free, and there were no fortunes-by-conquest, but only fortunes-by-work, and instead of swordsmen and slaves, there appeared the real maker of wealth, the greatest worker, the highest type of human being — the self-made man — the American industrialist. 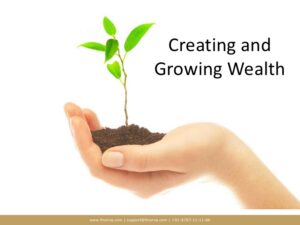 “If you ask me to name the proudest distinction of Americans, I would choose — because it contains all the others — the fact that [Americans] were the people who created the phrase ‘to make money.’ No other language or nation had ever used these words before; men had always thought of wealth as a static quantity — to be seized, begged, inherited, shared, looted or obtained as a favor. Americans were the first to understand that wealth has to be created. The words ‘to make money’ hold the essence of human morality.

“Yet these were the words for which Americans were denounced by the rotted cultures of the looters’ continents. Now the looters’ credo has brought you to regard your proudest achievements as a hallmark of shame, your prosperity as guilt, your greatest men, the industrialists, as blackguards … 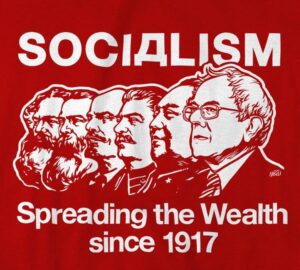 “Until and unless you discover that money is the root of all good, you ask for your own destruction. When money ceases to be the tool by which men deal with one another, then men become the tools of men. Blood, whips, and guns — or dollars. Take your choice — there is no other — and your time is running out.

The entire d’Anconia speech is worth re-reading from time to time, especially when one hears Bernie Sanders or his socialistic, new-world-order acolytes condemn capitalism, promote wealth redistribution, or try to lay a “guilt trip” on those who have obtained their wealth honestly.  If you are among those people, stand tall and fight back for all of us with passion, purpose, and pride!

The individual versus the collective….
Capitalism is the only system that works….

I read this book 40-50 years ago, paper back, when the Hard Cover came out years later I bought it as a collective item to give it to my Grandchildren one day…..
I think this is the perfect time in our countries history to give it to my 17 year old Grandchild, it changed and confirmed my beliefs in life, it still does….

THIS IS AN ELECTION YEAR
CAPITALISM VERSUS SOCIALISM
PERFECT TIMING??????